Cashew kernel is one of the nuts that is widely used by consumers around the world, it contains many micronutrients and minerals that are beneficial to health. As one of the exporters of quality cashew nuts in Vietnam, we aim to bring you products that are not only quality but also have high nutritional value. Join us to learn more about the information below !

See on the packaging

Catalogue
Whatsapp
Get a quote

Cashew Kernels with a delicious taste, crispy fat, and nutritious. Cashew kernels is currently a nutritious seed favored by people all over the world.

According to the Vietnam Cashew Association VINACAS, 2017 data shows that Viet Nam is the world’s leading source of cashew exports, accounting for 60% of global output. Vietnam is also known as the Capital of Article, with abundant raw materials in the Central Highlands, South Central Coast, and Southeast – where the climate and spectrum are suitable.

The origin and characteristics of cashew nuts kernel

The origin of cashew

Cashew belongs to the same family as the mango or pistachio tree. This is from Northeastern Brazil and grown in tropical climates.

Cashew was brought from Asia and Africa around the years 1560 – 1565 and they are grown more and more popular in tropical climates such as the Americas, Africa, Australia, and Asia. With many uses, the cashew kernel gradually became an extremely important industrial plant.

The characteristics of cashew

Cashew is a tropical plant with a trunk 5 – 10m high, long branches and stems are usually not too high. The tree has large, strong roots, grows deep, and spreads widely in the ground. Leaves are the single ones with round eggs and alternating growth.

The flowers of the cashew grow in clusters, the flowers are white, small, and have a mild fragrance.

The fruit of the cashew consists of 2 parts: fake fruit and real fruit . The fake fruit is the ripe fruit, this is due to the development of the flower stalk, which is also edible and comes in many colors such as yellow, red, or purple. The real fruit is the top nut (with the skin intact), this part contains the kernel, fatty essential oils and is also edible.

Nutritional value and use of cashew kernels

Cashew kernels contains a lot of vitamins and minerals, antioxidants such as vitamins E, K, B6, and minerals copper, phosphorus, zinc, magnesium, iron, and selenium help maintain the body’s functions. According to the National Nutrient Database of the US Department of Agriculture, 1 ounce of cashews (about 28.35g) will contain:

At the same time, such a part of cashew kernels (about 18 whole nuts) will provide the following nutrients according to daily recommended diets:

The usage of cashew kernel

With the above nutritional ingredients, eating cashew kernel will bring a lot of health benefits, including:

Reduce the risk of heart disease:

Cashew Kernels provide healthy fats for the body to absorb oil-soluble vitamins. It includes Vitamin A, Vitamin D, Vitamin E, Vitamin K, and produced fatty acids that are important for the development of the brain. The fats from cashews are heart-healthy monounsaturated and polyunsaturated fats, which help to reduce bad cholesterol when consumed in appropriate amounts.

Cashew Kernels – good for the eyes:

Cashews contain high levels of lutein and zeaxanthin, which act as antioxidants. When we used cashew kernel regularly, it will help us protect the eyes from mild damage, especially for the elderly also reduces the risk of cataracts.

Cashew kernel is rich in antioxidants such as anacardic acid, cardanol, and cardol. So it is effective for patients who are treating tumors and cancer. The Proanthocyanidins found in cashews in the flavonoid group works against and inhibit the growth of cancer cells.

Because cashew nuts contain many copper micronutrients that support the iron metabolism process, which helps in the red blood cells production, from which bones and the immune system become healthy.

According to research by the American Dietetic Association, a high-grain diet will help you lose more weight than a diet without many grainy foods. Cashews also contain antioxidants, vitamin E help to prevent aging, beautify skin and hair.

Most people seem to know the benefits of cashew nuts in general or roasted salted cashews. But there are some notes that NaFoods wants to remind you when using:

– Children under 24 months should not eat roasted cashew.

– Children under 24 months old are too young, not teething. They should not eat roasted cashews. Because the baby’s throat is tiny, but the cashew nuts are crispy and hard. Therefore they can not dissolve when the baby is swallowed.

Therefore, parents should avoid letting children suck or eat things to avoid unfortunate cases. AParents should mash things with porridge or powdered food for babies. If you feed your baby, you should be careful not to eat while playing.

Advice from the expert:

According to the nutritionist’s advice, we should only use 15 to 18 seeds in a day and no more than 3 days a week. It can help us to take advantage of all the necessary nutrients to ensure health.

Eating a handful of salted cashew kernels (about 20 whole grains) provides 163 calories. And this number can go as high as 786 calories if you eat more than one cup at a time.

Eating about one cup of cashew kernels will provide about 40% of the daily required calories (based on a 2000 calorie diet). If we eat more calories than we burn, it can lead to weight gain. It is not beneficial for health as it can cause obesity and cause other health problems. Those causes are high cholesterol and urination, metabolic syndrome, cancer, stroke, cardiovascular disease, …

Why you should choose Cashew Kernels at Nafoods

Nafoods Group is one of the leading corporations in Asia in the field of processing agricultural products. Nafoods Group has complete control over its value chain, including raw materials (seedlings, cultivation), harvesting (fresh fruit), processing and production, export and distribution to bring added value.

One of the best quality supplier of raw cashew nuts in Vietnam with standard machinery, equipment and production systems. We are confident to bring the best cashew kernels products to customers. 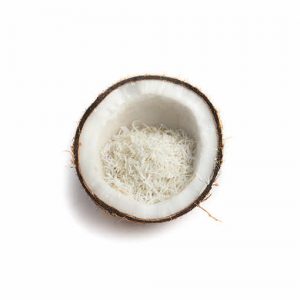 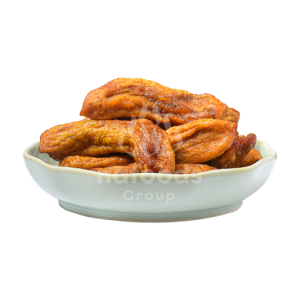 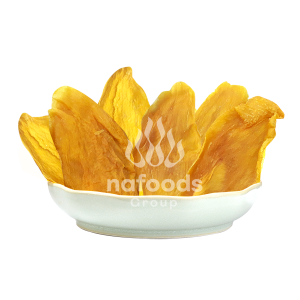 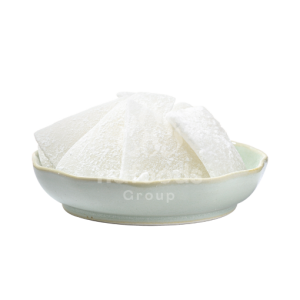 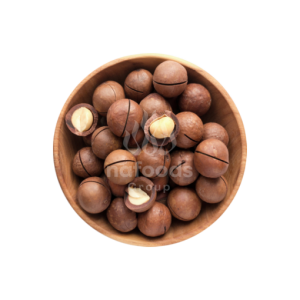 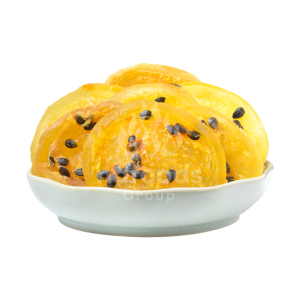 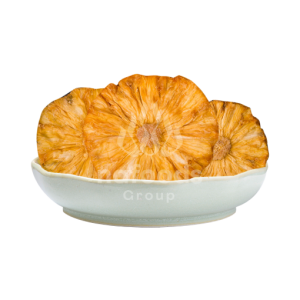 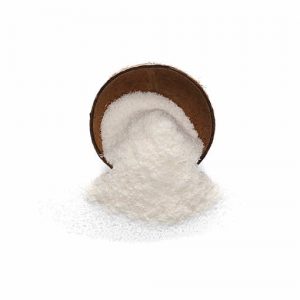 Nafoods hopes that with the joining of Ms. Diep Thi My Hao, great advances in the finance sector will be brought to the company.

As one of the first leaders of Nafoods Group, as well as a founding shareholder, she has made remarkable contributions to the formation and development of Nafoods over the past 25 years.
Accompanying Nafoods Group from the beginning, she has held many important roles in management. Having more than 20 years of experience, Ms. Phan Thi Minh Chau has contributed to many successful projects, specifically acknowledging that she has won many national awards in the field of Finance and Accounting. Moreover, she has worked closely with the CEO to set the development orientation and vision.
With the comprehensive understanding of Nafoods and the enthusiasm for the company, the presence of Ms. Phan Thi Minh Chau as the Vice Chairman of the Board of Directors will bring value to Nafoods in the upcoming journey.

As the founder and leader of Nafoods Group from the beginning phase, he has played a key role in the activities of Nghe An Young Business Association with the position of chairman for 10 consecutive years and member of the Executive Board of Vietnam Young Business Association in the courses. In 2020, he was elected Vice Chairman of the Association cum Head of Science, Technology and Training Department of Vietnam Digital Agriculture Association (VIDA).
During the 25 years of leading “Nafoods Group”, he was honored to win many awards, projects and research topics. With passion, desire and ambition to contribute to the Vietnamese agriculture, he has guided and determined the guiding principles for action for Vietnam Agriculture. The whole system operates under a closed agricultural value chain, helping Nafoods affirm its position in the international market.

As one of the first leaders of Nafoods Group with a thorough and deep understanding of agricultural production and processing activities, he has grasped the “manufacturing and processing” link – a very important step in the value chain of Nafoods Group. Over nearly 25 years, he has held many management roles and is currently a Member of the Board of Directors of Nafoods Group. He has made a great contribution to the Board of Directors in helping Nafoods Group’s production and processing chain achieve the most rigorous certificates, such as: AIJN, Halal, Kosher, BRC, ISO 22000: 2005. Thanks to that, Nafoods Group’s products have successfully satisfied many demanding markets in the world. Currently, he also holds the position of Secretary of Party cell of Export Vegetable Processing Factory.

Mr. Johan Nyvene is a financial analyst who has been dedicated to Vietnam’s financial market for over 15 years. Born in Vietnam but growing up and studying in the US, Johan spent the first 9 years of his professional financial career as an analyst and an international banking specialist taking charge of Southeast Asia markets at CoreStates First Union.
Back to Vietnam, Mr. Johan has built and developed the Global Business and Corporate Banking Division at HSBC Vietnam, where he has devoted the past 9 years to various management positions at HSBC in both HCMC and Hanoi. Following the establishment of the Vietnamese stock market, he established and led the Securities Services Division of HSBC Vietnam and was considered one of the pioneers involved in the development of Vietnamese stock market at the early stages.
With knowledge and experience from international financial institutions, Mr. Johan has been appointed to be the CEO of HCM Securities Corporation (HSC), one of Vietnam’s leading securities companies.
Having worked at large corporations and financial institutions and witnessed the development of Vietnam’s socio-economy, he desires to devote his capabilities, experience and relationships in the field of investment and finance to the development of a sustainable economy. He chose Nafoods – a pioneer agricultural enterprise in the process of developing digital agriculture. Joining Nafoods Group at the end of 2019 as a strategic adviser on finance, capital and investment, until June 2020, he was elected a member of the Board of Directors of Nafoods Group. He works closely with the Board of Directors and the Board of Managers of Nafoods Group to help Nafoods to become a strong agricultural enterprise with stable financial health in order to seize investment and business cooperation opportunities.

Mr. De Geer has over 15 years’ of executive management experience in emerging markets and is a co-founder of Endurance Capital, Vietnam’s best performing public equity fund in 2019 and a major shareholder in Nafoods.
Since 2012, Johan resides in Vietnam where he has been the Managing Director of Oriflame – one of the country’s most known consumer brands with a country-spanning sales network including tens of thousands of independent distributors. He sits on the Board of Directors for two Vietnamese public companies listed on the Ho Chi Minh City stock exchange.
From 2007 to 2009 Mr. Johan worked with the Boston Consulting Group in Stockholm as a management consultant on strategy projects within areas such as M&A, Due Diligence, Organizational Development, Corporate Governance and Growth Acceleration.
He also holds a Master’s degree in Marketing and Finance from the Stockholm School of Economics, and a minor in international business from St. Petersburg State University. He graduated with honors from the Nordic Combat School as a 2nd Lieutenant in the Swedish mechanized infantry reserve.